Foot binding began as a luxury among the rich: It made the women more dependent on others and less useful around the house. This gave the impression that the woman was wealthy and thus didn’t have to work. While the practice of foot binding began as a fashion statement among the upper class, it eventually spread to all levels of society. This was especially hard on the poor who needed help around the house or farm. It soon became a prerequisite for marriage.

Li was born of a farming family. As a girl, she would help her mother in the fields. Traditionally the practice of binding the feet usually began at a younger age than eight but in rural families the process began later since they needed more help in the fields. When she was eight, Li’s mother decided it was the time to begin the foot binding process. The process was grueling and she remembers being unable to walk for a full winter. The binding was an essential part of her life, she told me. Looking back, Li, now a charming 93 year old great grandmother, is proud of her 3” golden lotus feet and of her life. She had a wonderful husband and 7 children; she told me none of this would be possible if she hadn’t had her feet bound.

The women who have undergone the binding of feet come from different classes and family backgrounds. Their experiences and feelings range from pride to resentment and anger. Li is among the last generation to live out one of China’s most ancient and widely practiced customs. 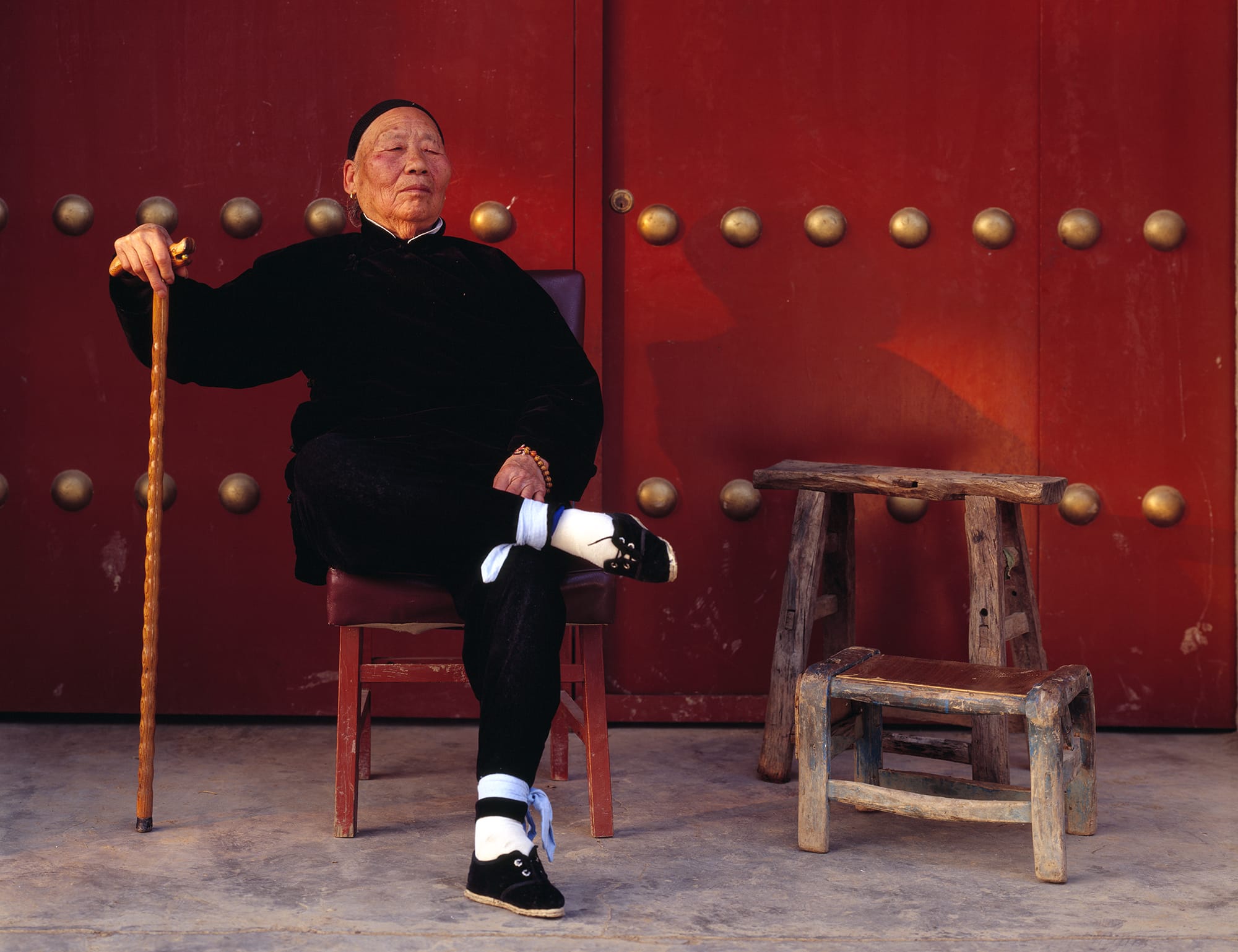