Moulay Ali Ben Rashid founded the small mountain village of Chefchaouen in 1471 as a base for the Riffian Berber tribes to launch attacks on the Portuguese. The town prospered and grew considerably in 1494 with the arrival of Jews and Muslims escaping persecution in Granada.

The stunning blue of the dwellings was introduced by the Jews in the 1930’s to replace the whitewashed buildings with green doors and windows that had long represented the Muslims.
The community remained isolated until the 1920s when Spaniards invaded it. Prior to this occupancy Christians were forbidden by death to enter the city. The Spaniards, upon entering, were surprised to hear a rare and old variant of medieval Castilian. 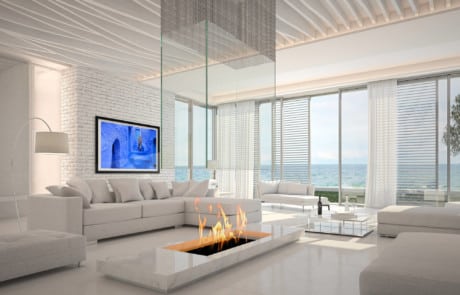 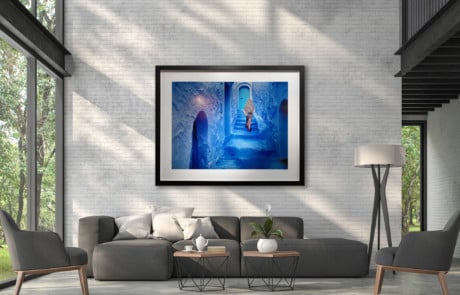 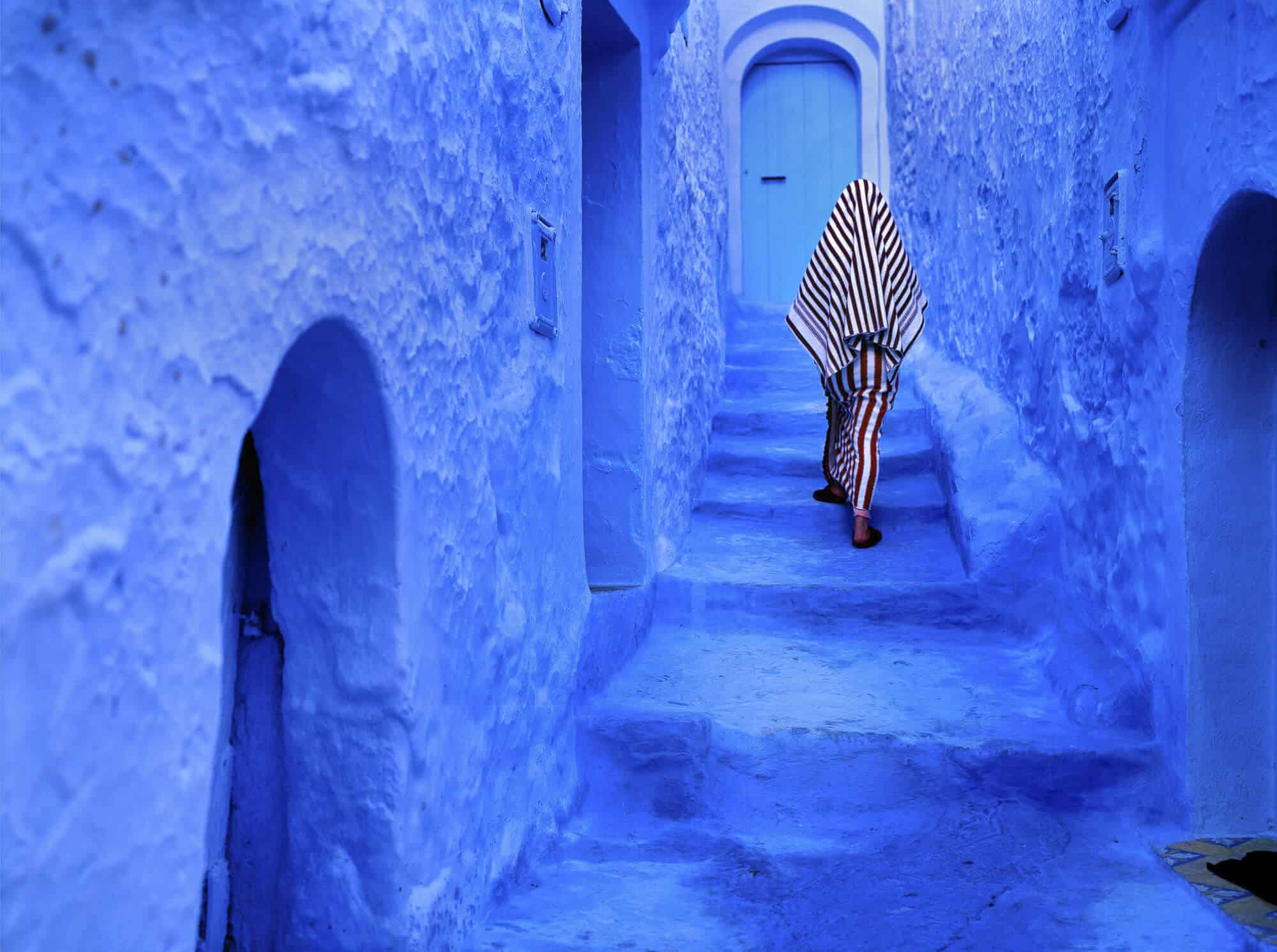