The Shaolin order dates to about 540 A.D., when an Indian Buddhist priest named Bodhidharma (Da Mo in Chinese), traveled to China to see the Emperor. At that time, the Emperor had already started local Buddhist monks translating Buddhist texts from Sanskrit to Chinese.

It is said that Da Mo, seeing monks lethargy from the arduous periods of hunching over tables translating scripture – and consequently, lacking the physical and mental stamina needed to perform the long hours of Buddhist meditation practices – created a walking meditation, which imitated the natural motions of animals and birds. Eventually, the imitation evolved into a form of unarmed combat, or martial arts, known as Kung Fu.

The Pagoda Forest, within walking distance of the Shaolin Temple continues to be used by the Master and his students for Kung Fu practice and instruction. 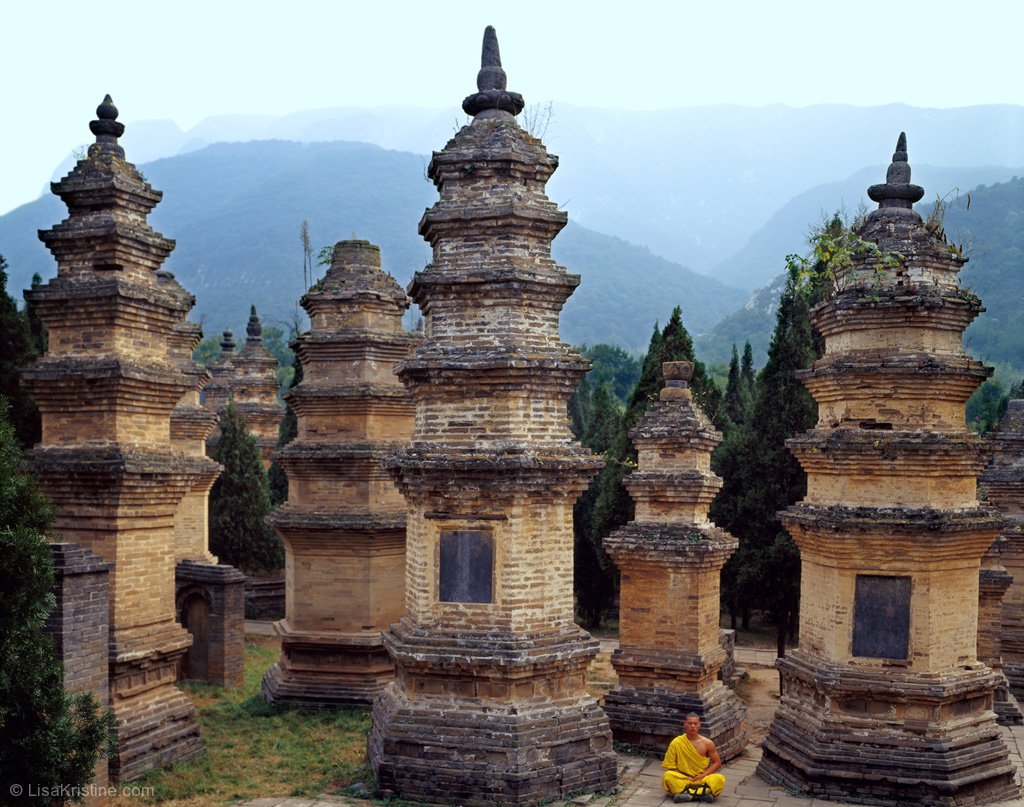